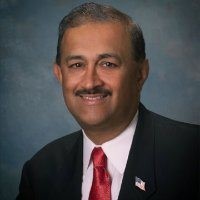 Sudhakar V. Shenoy is Founder, Chairman and CEO of ALYX Technologies, Inc. (a technology services company) and was recently named one of the Top 25 Most Influential People in the Washington, DC high-tech industry, as well as being awarded the 2004 Executive of the Year by the Northern Virginia GovCon Council, the Professional Services Council, and Washington Technology. Mr. Shenoy embodies the same technology expertise and unique, client-driven approach that has earned both he and ALYX Technologies recognition in media including Time (August 2000), ABC News, Washington Technology, and the Washington Business Journal. ALYX Technologies projects have received the prestigious Golden Hammer Awards, awarded by the Vice President of the United States – as well as ALYX Technologies was listed in the Top 20 “Ones to Watch” list and won a GCN Industry IT award for being the Top Fast-Growth Firm.