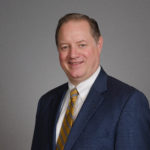 CIO Mark Raymond has been a member of the State of Connecticut leadership team since 2011.  As CIO, Mr. Raymond oversees the Department of Administrative Services’ Bureau of Enterprise Systems and Technology as well as the operational responsibilities for the state’s technology infrastructure.  During his tenure, Connecticut has reduced spending on technology, focused on sharing of technology solutions across government and improved the security and availability of state systems. Mr. Raymond is currently focused on transformation improvements in Digital Government and Optimization of Technology across agencies.

Beyond his work with the state, Mr. Raymond serves as the past president for the Executive Committee of the National Association of State Chief Information Officers, previously holding rolls as Secretary/Treasurer, Vice-President and President.

A native of Connecticut, Mr. Raymond graduated from the University of Connecticut with a Degree in Computer Science and Engineering.