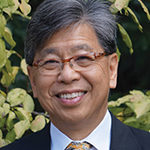 Dr. Liu is the President and CEO of The Jackson Laboratory, an independent, not-for-profit organization focusing on mammalian genetics research, in order to advance human health. Dr. Liu, who was the Past President of the Human Genome Organisation, was the founding Executive Director of the Genome Institute of Singapore between 2001-2012, a major research institute of 27 laboratory groups and a staff of 270, with faculty in functional genomics, computational biology, population genetics and genome-to-systems biology. Before moving to Singapore in 2001, Dr. Liu was the scientific director of the National Cancer Institute’s then Division of Clinical Sciences in Bethesda, Maryland. Dr. Liu’s research has focused on the functional genomics of human cancers, particularly breast cancer, uncovering new oncogenes and deciphering the dynamics of gene regulation on a genomic scale. His current work focuses on the genomic dynamics of triple negative breast cancer that has an impact on drug sensitivity and resistance. He has authored over 300 scientific papers and reviews and co-authored two books.

Dr. Liu obtained his B.S. in chemistry and psychology and his M.D. at Stanford University.