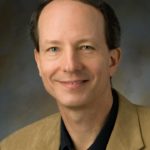 Scott Beecher is an Engineering Fellow at Pratt & Whitney in East Hartford, CT and a certification designee for the Federal Aviation Administration. He has worked over 40 years in the aerospace software development domain primarily between UTAS and Pratt & Whitney. He has been predominantly involved in software development and the certification process for Full Authority Digital Engine Controls (FADECs). He has most recently been working on the Next Generation Product Family (NGPF).